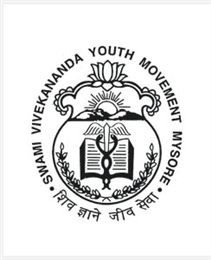 Swami Vivekananda Youth Movement (SVYM) is a development organization, engaged in building a new civil society in India through its grassroots to policy-level action in Health, Education and Community Development sectors. Acting as a key promoter-facilitator in the community's efforts towards self-reliance and empowerment, SVYM is developing local, innovative and cost-effective solutions to sustain community-driven progress. SVYM is also rooted to its values of Satya, Ahimsa, Seva and Tyaga, which is reflected in its program design and delivery, transactions with its stakeholders, resource utilization, disclosures and openness to public scrutiny. Buying in support from the community, working in healthy partnership with the Government and corporate sectors and sharing its experiences with like-minded organizations have been the hallmark of SVYM's evolution over the past 29 years.

Written by Priyanka Nair
Krishnakumar learnt early in life that only sheer hard work and earnestness could pull him out of his existing state of penury. He took a firm decision to buy a new cart so that he can serve his customers better and be more presentable in the humble profession of street vending in Hunsur, Karnataka.
That simple decision has changed his life significantly. His Indo-Chinese fast food stall - selling food items like gobi manchurian, noodles, fried rice as well as pani puri - on the main road near Hunsur bus stand has been running smoothly for the past 7 years and has adapted to the competitive environment. He is assisted by four people every day who cut vegetables, wash utensils etc and helped him barely pay for monthly expenditures lying between Rs. 5000 to 6000. But this enterprising entrepreneur has made changes to accommodate to the growing demands of his customers and has decided to take immense care to maintain hygiene in and around the food stall.
With the new cart and this lovely attitude, nowadays around 40-50 people flock to his food stall daily.
Seeing his business grow was indeed heartening and fulfilling. His journey with Rang De started 9 months ago when he was struggling to get a loan to purchase a new food cart - hygiene related issues and overall performance of the business worried him back then. He applied for a loan of Rs 10,000 after coming to know of Rang De’s low interest rate credit facilities and even added Rs 10,000 of his own savings to buy the cart.
With the increased income, he has also purchased chairs, two cylinders (previously, he had to borrow one from his sister) and a two-wheeler with the profit earned on his investment. His initiatives like providing hygienic food, potable water, chairs to sit and dust bins to dispose of waste caught the attention of his customers. This is indeed a tribute to his determination, perseverance and sensitive attitude to his customers.

Written by Naimal Sohail
Tears welled up in 38-year-old Manjunatha’s eyes when he dug deep into the recesses of his mind, unearthing some of the tragic memories of his family's past. We often hear of rags to riches stories but he had a riches to rags one.
A son of a hotelier in Hyderabad, Manjunatha’s father dreamed for his success, just as all fathers do. The whole family rejoiced when Manjunatha attained a diploma in engineering from Mysore. Many congratulated the newly-made engineer as he joined LNT, a reputable IT services company, in Hyderabad. He felt honoured by the opportunity but little did he know about the storm that was brewing and how it would whirl his life into a completely different direction.
As fate would have it, Manjunatha’s father’s hotel suffered heavy losses. The blow was so harsh that it knocked the entire family out of their very own house along with the status they had achieved after years of hard work.
Being the earnest son that he was, Manjunatha opted to lose everything he had strived for in Hyderabad to lend his emotional support to a family that had done the same for him ever since he was a little boy.
With his father’s blood pumping through his veins, Manjunatha drew up a plan, involved in the food business, to focus his energies on. It was a simple yet uplifting thought of starting a meal service.
Initially, he had to come to terms with the fact that the house they were living in was not their own but one they had to take on rent. The skyrocketing prices were a constant headache for a man who earned less than Rs 500 per day, most of it going into paying for expenses.
This simple man clung on to hope in the middle of despair.

Currently, no updates from the field

Borrowers under this Partner View All

Currently, no borrowers are listed for this impact partner